NHL free agency during the COVID-19 pandemic was always going to be different.

The salary cap staying at $81.5 million US, less money in the system because of a drastic drop in revenues, and the uncertainty surrounding the 2020-21 season — and beyond — has created unique set of circumstances.

Stars like defenceman Alex Pietrangelo and winger Taylor Hall took a little longer than normal to be signed in unrestricted free agency. And while Pietrangelo got a long-term deal with the Vegas Golden Knights, Hall opted for a one-year contract with the Buffalo Sabres to see where things stand across the league once more of the dust settles.

Other players, mostly in the NHL’s middle class, felt the squeeze and settled for less money or less term — or both. 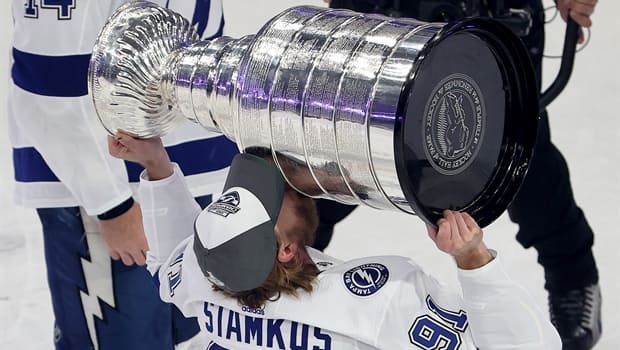 In his (final) daily recap, Rob Pizzo wraps up the strangest Stanley Cup playoffs in history. 4:26

Four weeks after the market opened Oct. 9, The Canadian Press takes a look at some of the UFA talent still looking for a home.

The slick winger led the entire UFA class in goals scored in 2019-20 with the 29 he bagged for the Florida Panthers. Hoffman, who turns 31 this month, has registered at least 26 goals in five of his six full NHL campaigns. Teams that could be a fit for Hoffman include the Boston Bruins and Columbus Blue Jackets, who both have long-term injury concerns in their top-6 forward groups.

The dependable 29-year-old centre split last season between the Carolina Hurricanes and Vegas Golden Knights, finishing with 12 goals and 24 points in 48 games. Haula set career-highs in goals (29), assists (26) and points (55) with Vegas in 2017-18.

The ninth overall pick in the 2010 NHL draft by Minnesota, Granlund was dealt by the Wild to the Nashville Predators prior to the 2019 trade deadline. The 28-year-old centre had just five points in 16 games after the move to Music City, and registered 17 goals and 30 points last season with the Predators.

The veteran winger spent last season with the Dallas Stars after getting bought out by the Anaheim Ducks. Perry, 35, had just five goals and 21 points in 57 regular-season games in 2019-20, but was a valuable piece for Dallas during its run to the Stanley Cup final in the NHL’s summer restart, registering a gritty five goals and four assists in 27 post-season appearances.

The youngest member of the current UFA class, Duclair didn’t receive a qualifying offer from the Ottawa Senators after talks on a new contract broke down. The 25-year-old opted to represent himself in negotiations on the heels scoring a career-high 23 goals in a 2019-20 campaign that saw him make his first all-star appearance. Duclair’s next NHL stop will be his be his sixth since 2015.

The 29-year-old blue-liner was acquired by Carolina from the New Jersey Devils prior to last season’s trade deadline, but because of injury only suited up for seven games with his new team — all during the NHL restart. Right-shot defencemen are often harder to come by, but Vatanen has yet to find a landing spot.

Even though Boston’s captain remains unsigned, it’s difficult to envision the 43-year-old sporting anything other than a Bruins uniform at this stage of his career. Still a dominant physical presence at six foot night and 250 pounds, Chara’s game isn’t what it once was, but he still has gas left in the tank and has indicated he plans on playing a 23rd NHL season.

The 30-year-old spent the last three seasons with the Calgary Flames before opting out — he was the first player to do so — of the summer restart due to family reasons. Another right shot, Hamonic has never scored more than seven goals in his 10 NHL campaigns, but still consistently averages 20 minutes of ice time a night.

All the big-name goalies went off the board early on in free agency with Jacob Markstrom, Braden Holtby, Corey Crawford and Henrik Lundqvist finding new homes, but for any team looking for veteran depth, options remain. Craig Anderson ($4.75 million), Jimmy Howard ($4 million) and Ryan Miller ($1.13 million) are available, although the first two are no doubt looking at massive pay cuts to continue their NHL careers. Another possibility is Cory Schneider, who had the final two seasons of his contract that carried an average annual value of $6 million bought out last month by New Jersey.

Nation cheers as it gets the gift of the jab, Health News, ET HealthWorld

Coronavirus: What’s happening in Canada and around the world on Thursday

Millions of Canadians working from home could qualify for new tax...

Kyle Lowry made the greatest pass in Raptors history — but...